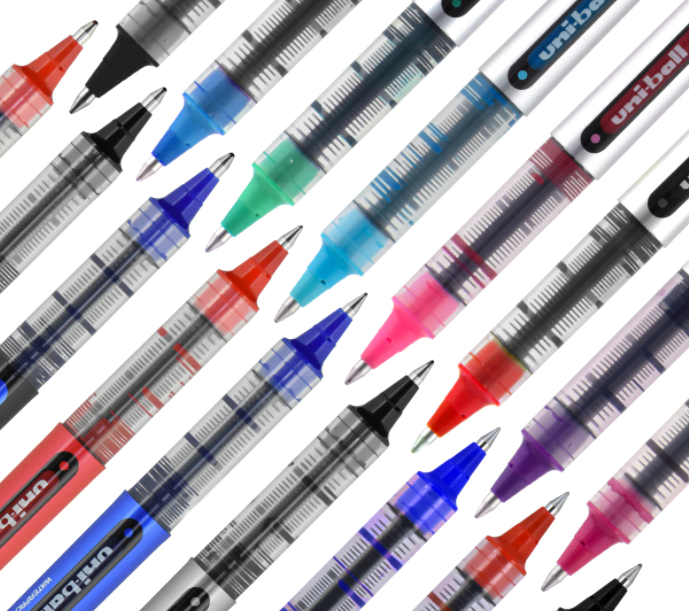 Uni-ball pens are known widely and used throughout the world. Pick up a pen, and it very likely will sport the uni-ball logo.

Yet despite this ubiquity and more than 100 years in business, uni-ball’s Tokyo-based parent, Mitsubishi Pencil Company, was relying entirely on third-party distribution in North America. Strategically this needed to change, so in early 2019 the company moved distribution in-house with the launch of the uni-ball Corporation in the Chicago suburbs of Wheaton, Illinois.

First, uni-ball leadership knew it needed a modern, cloud-based solution that would easily integrate both with ecommerce platforms and the IT systems of major pen retailers such as Amazon, Walgreens and Staples.

“The parent company has some pretty significant legacy systems that I think everybody felt were not extendable to the U.S. business,” says Paul Schorr, the lead IT advisor for uni-ball tasked with rolling out the company’s IT systems. “We wanted to set a foundation that was going to open the door to digital transformation and online sales, which required a slightly different direction.”

The second key consideration was manpower. While the corporate parent had more than 3,200 employees and a large IT staff, uni-ball Corporation basically was a startup with 30 employees and no full-time IT staff. The technology rollout would be handled entirely by Schorr, hired on as a part-time consultant with nearly a dozen such rollouts under his belt, and one part-time IT employee.

After looking at NetSuite, Oracle and the other major ERP options, uni-ball quickly zeroed in on SAP Business ByDesign, a cloud-based ERP solution for subsidiaries and fast-growing companies.

“There were a couple factors that probably pushed us toward SAP Business ByDesign. Number one is that the legacy system for Mitsubishi Pencil is SAP, so there was a feeling that staying with the SAP technology stack would be a good move long-term,” says Schorr.

“The other reason is that SAP Business ByDesign is a little bit lighter weight, and it has less complexity than something like NetSuite. It is just easier to set up and maintain.”

Given the size of uni-ball’s team, the company also brought on SAP Gold Partner Navigator Business Solutions, a highly respected ERP implementation consultancy with a history of more than 500 implementations under its belt and deep experience configuring SAP Business ByDesign.

“Even though we don’t have a lot of customization, we do have a lot of integration. Navigator has a lot of experience integrating with our big customers such as Amazon and Walmart, and they have helped with multiple implementations of SAP Business ByDesign using our preferred EDI [electronic data interchange] partner, SPS Commerce. So Navigator’s collaborative partnerships with organizations such as SPS really worked to our advantage in getting live faster.”

Navigator’s iConnect integration solution was a draw, too.

“We would have needed some kind of middleware solution with all the integration to EDI that we had to do,” he says. “iConnect has been very good for us because it avoided the need for us to implement a more complex middleware solution like Dell Boomi or MuleSoft.”

A Painless Rollout in Less Than 6 Months

Uni-ball began rolling out its ERP system in February, 2019 as the new company began organizing itself as a whole. Basic ERP setup was complete by July, well before uni-ball would take its first orders the following January.

SAP Business ByDesign is a cloud-based solution that doesn’t require any hardware deployment, and uni-ball largely avoided customization, so most of the work revolved around configuring the system for specific business processes.

“The configuration was pretty straightforward,” says Schorr. “How do you want your general ledger set up? What kind of currency are you going to use? That kind of thing.”

This was Schorr’s first SAP cloud deployment, and he was surprised how fast and painlessly they set up the system.

“It was one developer from Navigator, some conference calls, and us doing a lot of the work with the business on the uni-ball side,” he says. “I have been through quite a few enterprise software deployments. I’ve never been through one for a multi-million Dollar company with one IT person, one finance person, one operations person and one consultant. That was the entire scope of the team, and most of us had other jobs we were doing in addition to this project.

“It was definitely my favorite ERP implementation,” he says, “and I didn’t lose a lot of sleep over it.”

Part of the ease and speed came from configuring the system remotely because it was based in the cloud, eliminating the need for on-site meetings and setup. Navigator also helped uni-ball avoid many of the complications that typically slow down ERP deployment.

“They definitely brought to the table a depth of experience with the platform,” Schorr notes. “Navigator didn’t bring in a generic ERP developer”

The most challenging part of systems rollout came when orders began flowing in January, 2020.

Uni-ball moves thousands of writing products with each order, but shipment volume is relatively small at less than 1,000 orders per week. That’s because each of the company’s roughly 80 customers is a large retail chain such as Home Depot, CVS or Amazon.

This concentration makes logistics easier, but uni-ball quickly found that almost every customer had different and exacting order process requirements.

“The biggest challenge, frankly, was that our customers are huge and we’re not,” explains Schorr. “They have all the leverage. So when they send us an order and it is not configured the way we want, too bad. We had to respond almost individually to every single customer and integrate in the way they prescribed.”

Uni-ball’s solution was a small bit of custom code sitting between it and the customer that translates the data from the specific customer so it better fits with how uni-ball wanted orders processed. As uni-ball accepted the first order from each large customer, Schorr and his team would write this custom code so it flowed in and out of the system properly.

Schorr estimates that SPS Commerce and Navigator’s iConnect could address roughly 80 percent of the order process requirements coming in from these large customers, with the remaining integration coming from this homegrown code or customization developed for uni-ball later by the Navigator team.

“I think we imagined things would be a little more standard,” Schorr says. “It was a challenge. Fortunately, it didn’t hit us all at once”

Data is shared between the uni-ball distribution subsidiary and its manufacturing parent through a monthly file import. Initially, the plan was full real-time integration between the two companies. Since both use SAP, this was a realistic goal.

By using a cloud-based ERP solution, however, uni-ball discovered that this integration might not be necessary.

“I have not heard a request to more fully integrate the systems; we don’t really have a need,” says Schorr. “MPC has full access to our cloud ERP. So they can get in and run reports. They have dashboards. They can go right in the general ledger, because it’s accessible to them and the cloud base helps with that. They really have insights and what they need.”

The power of SAP Business ByDesign came as a surprise to the corporate parent, he says. “Their IT team is probably almost as big as our whole company, but I think they’ve been pretty impressed with what they can do with our system given that it probably seemed like a pretty basic ERP to them at first.”

Overall, Schorr also is happy with the choice.

“Frankly, it’s been a stable system, we’ve not had outages, the upgrades have gone smoothly—and that is not always true with other ERP systems,” he says. “I think part of that is because we’re not heavily customized. It helps when your system is close to out-of-the-box.”

With backend systems operational and orders flowing smoothly, the next step for uni-ball is to streamline business processes and improve efficiencies through automation. Configuring the system to fully automate EDI transactions, sales order management, payment management, and the interaction with their 3PL (Third Party Logistics) company, will increase processing speed and scale without the need for additional headcount.

Longevity comes from continuous reinvention, and uni-ball is showing how it is done.

Writing the Next Chapter with Cloud ERP

How global pen manufacturer, Uni-ball launched its North American subsidiary and is transforming its business with the help of SAP Business ByDesign.