From Nothing To Production In 12 Weeks

From Nothing to Production in 12 Weeks: 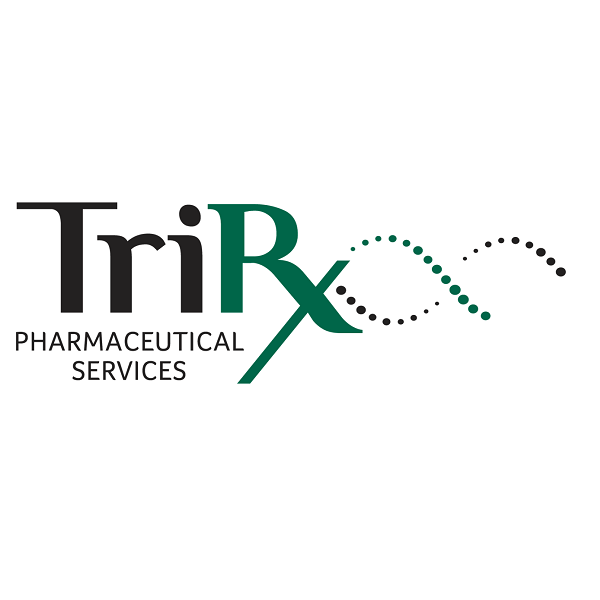 It was mission impossible, or close to it.

Contract manufacturer TriRx Pharmaceutical Services had three months to ramp up its first production facility. The company had started in March, 2019, and by May it had taken over a dormant manufacturing facility in Huntsville, Alabama. This site had the needed manufacturing equipment, but no employees or backend systems. To go live by November, TriRx had to move fast.

“We had to move aggressively fast,” says Scott Harris, who was tasked with getting TriRx up and running as the firm’s vice president and site director. “The first time Navigator showed up to the site was July, and we needed to get the system in before our first production batches in November.”

Could TriRx spin up that fast? As an experienced hand with several ERP system rollouts under his belt, Harris knew they could. But at what cost?

“We implement faster than most. I know that sometimes it can take between one and two years to put in a new system, but we would do it in about eight to 10 months per site at my previous company,” he says. “I think I did one rollout in 6 months, but I don’t really count that because we were all exhausted at the end.”

This time they had a hard deadline of less than three months. Harris and TriRx would need an entirely new approach.

One reason that ERP system implementation commonly takes so long is customizing it for a company’s existing business processes. Change management and porting over existing data also takes time. As a new company, TriRx had none of these headaches.

But a second slowdown typically is the complexity of installing the hardware and software for the system, and ensuring it functions properly. Critical business systems such as production and inventory can’t fail, especially for a pharmaceutical manufacturer that must follow complex FDA regulations around validation and traceability. Getting a complete, end-to-end system running properly takes time.

Colleagues strongly recommended that TriRx go with a cloud-based solution to avoid these issues and get the system up fast. This led TriRx to Navigator Business Solutions, an SAP Gold Partner with more than 500 ERP implementations under its belt and a range of prepackaged industry solutions built on top of the cloud-based SAP Business ByDesign platform—including one for pharmaceutical manufacturers.

Harris considered looking at other vendors, of course, but TriRx had a compressed timeframe and the initial meeting with Navigator deeply impressed the leadership team.

“I had the CFO, the COO, the CEO, and the EVP of Customer Relations and Sales,” Harris explains. “All four sat in on the meeting and were impressed with the Navigator team and the product. They told me I had picked the right company and we should go forward with it.”

Besides, this was an SAP system. Even though Harris had never used Business ByDesign, both he and his leadership team knew market leader SAP from prior exposure at other companies. This made Business ByDesign a safe bet; an SAP system would definitely meet the needs of their contract manufacturing business, and it would feel familiar even though they had never used this particular cloud-based solution.

To speed up the pace of implementation and lay a solid foundation for this first manufacturing facility, TriRx leaned heavily on the system defaults and best practices that came with the prepackaged solution.

This emphasis on best practices meant that TriRx could roll out the system faster and avoid any gotchas at the same time.

“We told Navigator that we wanted their out-of-the-box, best practices for pharmaceutical companies,” he says. “Since we didn’t have any previous system, it wasn’t like we were trying to adapt it to work with what came before. We didn’t have to adapt the people to work with the system, either, because no matter what they used before, we didn’t have a copy of it.”

Headcount was another reason that TriRx chose a standard implementation, and an area where the Navigator team played an invaluable role. Although TriRx would have roughly 100 employees and another 120 temporary workers a year after launch, the company only had 12 on staff at the time of initial ERP implementation. The lack of subject matter experts meant that TriRx leaned heavily on Navigator for guidance about how to set up operational processes and configure the system. This was possible because TriRx was implementing a system preconfigured for pharmaceutical manufacturers.

“I did not even have a finance person when we started implementing SAP Business ByDesign,” Harris laughs. “Navigator did an outstanding job of being able to fill in the gaps so we still hit our timeline.”

TriRx did have a sales team already selling, however. So unlike typical ERP implementations, Harris and the Navigator team rolled out the sales components even before the rest of the system was operational.

“The sales and customer relations portion were the first modules that we got set up and started using,” he notes. “Once we got the reports up the way they wanted, the CEO and sales team were good.”

This implementation flexibility combined with a preconfigured system amounted to an almost pain-free systems rollout that took a total of 12 weeks from start to finish. TriRx not only had its backend systems ready in time for that first batch in November, it did so without any of the big headaches that are typical with most ERP implementations.

Even the FDA-required systems validation process went smoothly. TriRx hired a validation firm that Navigator recommended, Arbour Group, and they verified the system remotely in conjunction with the tests TriRx performed on-site.

“They were also outstanding,” Harris enthuses. “They never came to the site even once, but they did all the validation paperwork required for a GMP facility, while site personnel did the testing.”

A Better Implementation and Support Experience

The speed of rollout wasn’t the only thing that made this ERP implementation different than the others Harris had experienced in the past. Another difference was cost.

It used to cost Harris more than $2 million to put in an SAP system, he notes. The prepackaged Navigator system cost roughly $500,000 after all license and implementation expenses.

“That’s because it's out of the box, and we made no major changes” he says.

“I think there were 12 consultants on site for my last implementation. I'm paying for all their travel expenses as well as all their hours, plus anywhere from 12 to 15 of my subject matter experts to walk away from their jobs for almost five months as we implement,” he explains. “Then you come to the Navigator Business ByDesign system, and the majority of the time the consultants are not on the site and just working remotely in the background and via teleconference to set it up.”

He estimates that Navigator consultants came on-site only three times during the entire implementation process, each time to verify that a major milestone was performing as expected. This, combined with standard processes, a faster overall timeline and the many advantages of a cloud-based system, enabled significant cost savings over the rollouts Harris had seen before.

Another difference is that process modifications are easier with the SAP Business ByDesign system, a crucial perk for a contract manufacturer that must adjust to the particular terms and process requirements of each new client.

“One customer might pay 40 percent down the first year, for instance, then they no longer do that after a year,” he explains. “Every way you can make something unique, one of our customers has found a way to do that.”

The flexibility of the cloud-based SAP Business ByDesign system makes these adjustments easier, since the solution is scalable, easily configured, and can integrate with most other software systems. It also helps that TriRx can reach out to the same consultants who set up the system originally.

“One of the really good things about the Navigator Business ByDesign solution is that we’re still in touch with the consultants who put it in. Normally after you've gone live, you get about 30 days of hypercare and then you are rolled into the support group and never hear again from the consultants who helped implement it,” he says.

“But we’re still in touch with our consultants. If there's an issue that's above the support group, we can go straight to our Navigator consultants,” he explains. “Because I need someone who understands my system, not just someone who can do helpdesk issues, this has been outstanding.”

Fast Rollout for a Fast-Growing Company

TriRx growth has matched the pace of its backend systems rollout. The company has expanded rapidly, picking up multiple customer contracts in its first year, expanding worker headcount from 8 to over 200, and scaling up to manufacture multiple products across multiple packaging lines. In addition to the Huntsville location, TriRx completed the acquisition of another site in Europe on September 1, 2020.

Harris says he plans to use this first rollout as the template for the future TriRx manufacturing sites in the works. The quick rollout also has inspired colleagues.

“A friend of mine who I’ve done ERP implementations with before called me up and said, ‘Look, we really can’t afford to do one of those big, massive implementations. What are you doing at the site you're now at?’,” he says. “I told her about Navigator ByDesign, and now they are implementing at her site as well.”

He says the lower price was what got her excited initially.

“The price helps,” he agrees, “but it really is the implementation time. When you’re putting in a system and it takes a year or two, being able to do it in 10 to 12 weeks is so much better.”